Bitfarms sold more Bitcoin than it mined in Q3

Bitcoin mining firm Bitfarms’ third-quarter report shows that the miner sold more BTC than it made in the quarter -the miner sold 2,595 BTC while mining 1,515 BTC.

The miner focused on strengthening its position to survive the bear market by cutting costs and reducing its debt obligations significantly during the quarter.

Bitcoin mining analyst Jaran Mellerud said that while Bitfarms’ Bitcoin sales helped it to reduce its debt burden, the miner does not have much Bitcoin left.

“(Bitfarms) holds $38 million of cash and 2,064 bitcoin. The problem is that 1,724 of these Bitcoin are pledged as collateral, giving the company a total unpledged liquidity of only $44 million.”

The price of the flagship digital asset poses another major challenge for the firm as it must maintain a collateral value of 125% to the loan. 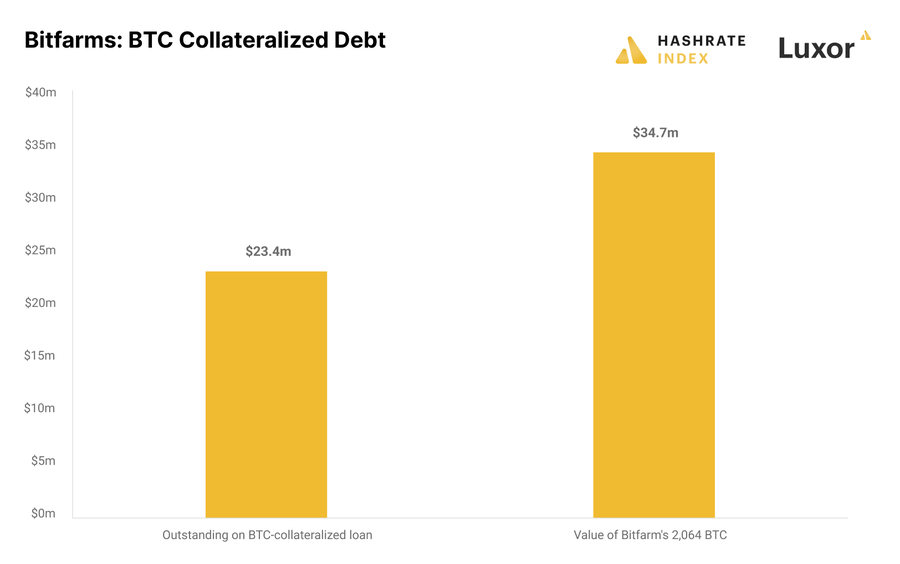 Following this, analyst Mellerud concluded that “the company’s liquidity is insufficient to fund its planned expansions.”

Bitfarms’ third-quarter report revealed that the firm’s general and administrative expenses were down 15% to $6 million, excluding non-cash share-based compensation.

Speaking on this, Mellerud praised the firm for minimizing its production costs while keeping its administrative costs relatively low compared to competitors.

According to Mellerud, Bitfarm has access to cheaper electricity as its rates are significantly lower than the industry median of around $0.05 per kWh. Bitfarms’ expects to pay $0.027 per kWh in Washington, $0.03 per kWh in Argentina, and $0.046 per kWh in Quebec.

Meanwhile, most of the company’s revenue comes from its Quebec facilities which account for over 80% of its revenue.

However, the Bitcoin mining firm’s plan to expand into South America is stalling due to bureaucracy. Mellerud noted that the company might need external financing or cut back on its expansion plans.

Research: A fresh take on Bitcoin mining – Why using more energy can lead to abundance

Get an Edge on the Crypto Market 👇

BTC difficulty to adjust over weekend as miners capitulate

Latest mining rigs amp up difficulty to zone out competition

Core Scientific might not make it past November 2023 after revealing $1.7B in losses

Building Applications On Top Of The Bitcoin Protocol

New Cardano Milestone Might Be The Push It Needs To Scale…

How Will Blockchain Revolutionize Communication

Elizabeth Warren Calls for US to Create a CBDC

Why The Novatar Collection Stands On Its Own On The NFT…

DAOs Are the Real Meritocracies

What Would Deglobalization Mean for Bitcoin’s Price?